As it was ended back in 2017 but still few people are searching about it on internet. Actually many people don’t know in what order to Watch Naruto so in this post, I am telling right order to watch complete Naruto anime series. You can find the list below.

Many of us may not aware of Naruto actually so I will explain it too.

Before jumping into list of its movies, let’s talk about it because few of us may not aware of.

Naruto is a Japanese Manga Anime Series written and designed by Masashi Kishimoto. It is the largest anime series to date. It was started in 2002 and ended in 2007. It took 5 years to complete. It has a very nice storyline and graphics shown in this series which may make you addicted to this series.

If you haven’t read/watched any manga series before, then start it today. You are gonna love it.

It is a story of Naruto Uzumaki who is a young Ninja who dreams about becoming a leader of his village. This story has 2 parts. First part is about his childhood and the second is about is his teens.

Previously it was in the form of books and magazine. Later, it was released in form of TV series which broadcast 220 episodes in Japan from 2002 to 2007. English Version of this Naruto Movies aired on Cartoon Network from 2005 to 2009. When it was released on cartoon network in English, It got huge number of Fan base around the globe.  Naruto: Shippuden, a sequel to the original series, premiered in Japan in 2007, and ended in 2017, after 500 episodes.

Hope you have gotten a little idea about Naruto Anime Series. I couldn’t be told in depth. Once you start watching it, you will like it for sure. 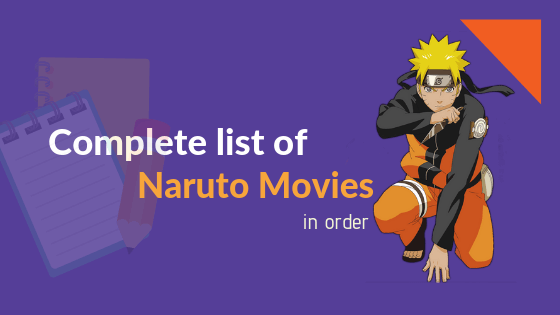 Many of us waiting for this section of the page. Many of you will be curious to know in what order to watch Naruto Anime Series. Below is the right order to watch them. I will also be telling a few lines about each Naruto Episodes.

Note: If you want to watch Naruto, then you can find out all episodes on anime planet Alternatives.

Here is a short description of each movie.

This is the first movie of the Naruto Movies list. The story starts after 101 Episodes. The Villain Doto Kazahana’s mission is to achieve hidden treasure from his niece (Koyuki Kazahana,  Princess of Land of Snow) which was hidden by his brother whom he murdered. Naruto and his ninja team have to fight and save princess then restore her to her father’s throne. Naruto falls in love with the princess. 😛

Story of this series roams around a mineral called stone of Gelel which has mysterious and strong power in it. The Villain Mater Haido want it any cost. He intends to use to create a UTOPIA- A peaceful world free from sufferings. He is ready to kill everyone who stands against him to achieve that stone. Naruto and his Ninja is there to save the universe from him.

This story is about the struggle for Power in the land of the moon which is extremely a wealthy nation. Naruto and his Ninja team have to protect Michiro, the prince of the land, and his son Hikaru who are on a world trip. While they are in world trip, a noble man named Shabadaba deposes the king, Michiru’s father Kakeru, in a coup d’état. Naruto and his 7 Ninjas have to protect and restore Michiro’s Kingdom to him who promises to be a good ruler.

The story is, The Villain Yomi attempts to revive the spirit of Demon Moryo to rule over the world. Yomi lends his body to Demon Moryo until he finds a suitable body. However, a priestess named Shion has the ability to seal demon Moryo. Naruto and His Team Ninja have to protect priestess, World and himself from Yomi’s stone army.

This story starts when Ninja of Land of Sky attacks on Konoha. It happens in revenge of the destruction of their country by Land of Fire during the Second War of Ninja. Naruto and his ninja team have to save the inhabitants of a distant village on the outskirts of the Land of Fire. Naruto and his parteners Sakura and Hinata, and a girl named Amaru(known as a boy) from a distant village. Later She turns in to the villain.

In this Naruto Movies, there is a potential outbreak of fourth Ninja world war and race to stop it. When Ninja begins to disappear, suspicion falls on Konohagakure (The only village which is not affected by any events). With other nation armies to attack on Land of Fire, Naruto has a company has to find the real culprit and stop the war.

In this Naruto’s movie, Naruto has to find and catch Mukade who has traveled to the Past using RyuKyaku’s power to rule over Five Great Shinobi Countries. Before getting discovered he has already done damage. Now Naruto and his team have to travel through time and find him before he changes history forever.

In this part, Naruto tries to attempt to escape from criminal confinement facility. Naruto had been imprisoned for falls charge to the murder of assassination of the Raikage of the Hidden Cloud Village and the murder of Jonins from two other villages. Naruto has to escape himself from prison and prove his innocence.

In this part of Naruto Movies, There is an alternative universe where Naruto’s parents are still alive and his friends have exact opposite characters. Naruto will have to stop the villain Tobi, who has a mysterious masked ninja to extract nine-tails. After that Tobi has to return to the real universe where everything is fine. Let’s see will Naruto be able to stop him or not?

This movie happens after 493 Naruto Episodes. This story revolves around featuring team 7 and his friend’s adult life. Naruto and his ninja team have to stop the plan of Kaguya Otsutsuki’s relative to collide the moon with the Earth. This story is set after the events of the Fourth great Shinobi War. 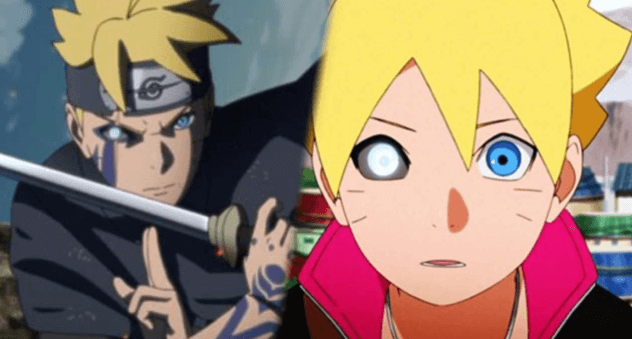 Now Naruto has a son named Boruto who is taken by Sasuke as his pupil. When Sasuke gets to know that relatives of Kaguya Otsutsuki are to attack Earth. Then He sends Boruto and former Team 7 with the help of the Kages to stop them.

So finally I made a complete list Naruto Movies along with a short description of each movie. Hope you loved the article

Why is Naruto Movies so popular(Visual Graphics)?

There are several reasons for being Naruto movies so popular. These reasons may force you to watch this awesome anime series. Check out the below-

As you may have seen in few anime movies or series that the Only Hero has a story, not the villain but in Naruto Series Villains like  Kabuto, Obito has their own story to wrong path and hatred.

Sacrifices were given for duty and love

Few main characters sacrifice their life for duty, friends, and love. It also makes this anime series differ from others. I am not giving more spoilers about it. Go and watch yourself. 😛

Fight Scenes shown in this anime series, are full of tactics and strategies. During fight scenes, you can feel suspense too. Plus the fight scenes are animated well which makes the fight much interesting.

All I can say Naruto Episodes are full of action, drama and adventurous. There is more to reveal but I can’t describe all here. I would say again – Go and watch it on the Internet.

Where to watch Naruto Episodes?

So I made you excited about Naruto Episodes or after reading so long article you might have bored. Now You wanna watch all episodes of Naruto, right?

Well, there multiple sources to watch these all movies and episodes. You can watch them on Youtube. Just type the name of movie and you will get results.

Or you can use multiple sources such as Netflix, Hulu(most popular platform for anime lovers), Crunchyroll. If you want any other platform, do check out these alternatives to watch anime.

Hope you enjoyed the post. Above list of Naruto’s anime movies is in order. You can watch them one by one. After watching this anime series, do let others know your opinion in the comment section about Naruto episodes.